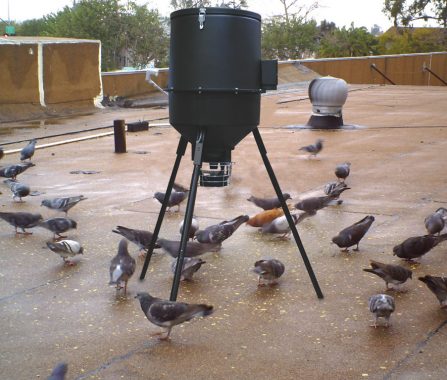 OvoControl P is a product that has been on the market since the mid 1950’s and has proven very effective in reducing resident pigeon populations by up to 80% of more.

You could have 400 pigeons in 2 years if left unchecked

Pigeons breed rapidly and are capable of producing up to six clutches annually. With two eggs per clutch, just five mating pairs can result in up to 400 pigeons in only two years.

Its a good thing that pigeons only live around 2-3 years in the wild or we would have a significantly worse pigeon problem than we already do. 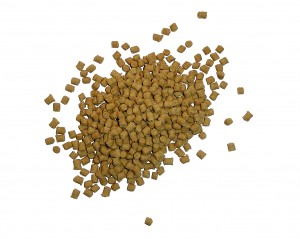 When pigeons are eating from the OvoControl feeders for more than 30 days, OvoControl will interfere with egg hatchability. If no new birds are hatching, the population of birds declines naturally and continuously.

Studies have shown that typical flock of pigeons will loose an estimated 50% of the flock annually or even more under extreme environmental conditions. Data collected over the years at a popular site in San Diego showed an 88% decline over 28 months of monitoring that location.

So, by interfering with the reproduction of the flock, OvoControl can have a profound effect on the pigeon flock population through natural flock losses.

OvoControl feeders need to be placed on secure rooftop locations, but not necessarily on a very high roof top. Over time experience has told us that the birds prefer lower locations as opposed to higher ones. The best results have been achieved by placing feeders on a 1-2 story flat roof with at least 25′ of clear space around the feeder. The feeder throws food out in a 20′ radius.

OvoControl P is applied a rate of 1lb per 80 pigeons per day, which means that more than one feeder site may be needed depending on the population. The sites need to be separated to help maintain the 80 pigeons per feeder ratio or risk the pigeons not getting enough OvoControl.

If you have tried all sorts of other pigeon control products or devices and have just been moving the pigeon population around you should contact Southwest Avian Solutions at 602-942-6550 to learn more about setting up an OvoControl P program for your site.